via University of Illinois at Urbana-Champaign

The presence of just a few autonomous vehicles can eliminate the stop-and-go driving of the human drivers in traffic, along with the accident risk and fuel inefficiency it causes, according to new research. The finding indicates that self-driving cars and related technology may be even closer to revolutionizing traffic control than previously thought.

“Our experiments show that with as few as 5 percent of vehicles being automated and carefully controlled, we can eliminate stop-and-go waves caused by human driving behavior,” said Daniel B. Work, assistant professor at the University of Illinois at Urbana-Champaign, a lead researcher in the study.

The use of autonomous vehicles to regulate traffic flow is the next innovation in the rapidly evolving science of traffic monitoring and control, Work said. Just as fixed traffic sensors have been replaced by crowd-sourced GPS data in many navigation systems, the use of self-driving cars is poised to replace classical freeway traffic control concepts like variable speed limits. Critical to the success of this innovation is a deeper understanding of the dynamic between these autonomous vehicles and the human drivers on the road.

Funded by the National Science Foundation’s Cyber-Physical Systems program, the research was led by a multi-disciplinary team of researchers with expertise in traffic flow theory, control theory, robotics, cyber-physical systems, and transportation engineering. Principal investigators (PIs) were: Benedetto Piccoli, the Joseph and Loretta Lopez Chair Professor of Mathematics at Rutgers University, Camden; Benjamin Seibold, associate professor of Mathematics at Temple University; Jonathan Sprinkle, the Litton Industries John M. Leonis Distinguished Associate Professor in Electrical and Computer Engineering at the University of Arizona, Tucson; and Daniel B. Work, assistant professor in Civil and Environmental Engineering and the Coordinated Science Laboratory at the University of Illinois at Urbana-Champaign. 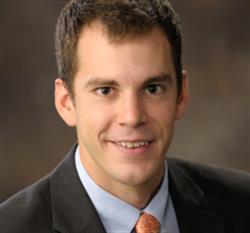 The team conducted field experiments in Tucson, Arizona, in which a single autonomous vehicle circled a track continuously with at least 20 other human-driven cars. Under normal circumstances, human drivers naturally create stop-and-go traffic, even in the absence of bottlenecks, lane changes, merges or other disruptions, Work said. This phenomenon is called the “phantom traffic jam.” Researchers found that by controlling the pace of the autonomous car in the study, they were able to smooth out the traffic flow for all the cars. For the first time, researchers demonstrated experimentally that even a small percentage of such vehicles can have a significant impact on the road, eliminating waves and reducing the total fuel consumption by up to 40 percent. Moreover, the researchers found that conceptually simple and easy to implement control strategies can achieve the goal.

“Before we carried out these experiments, I did not know how straightforward it could be to positively affect the flow of traffic,” Sprinkle said. “I assumed we would need sophisticated control techniques, but what we showed was that controllers which are staples of undergraduate control theory will do the trick.”

This latest research suggests that even the related technology available now – such as adaptive cruise control – has the power to improve traffic even before there are large numbers of autonomous vehicles on the road.

“Fully autonomous vehicles in common traffic may be still far away in the future due to many technological, market and policy constraints,” Piccoli said. “However, increased communication among vehicles and increased levels of autonomy in human-driven vehicles is in the near future.”

The near future with only a few autonomous vehicles on the road is more challenging than the far future in which all vehicles are connected, Seibold said.

“The proper design of autonomous vehicles requires a profound understanding of the reaction of humans to them,” Seibold said, “and traffic experiments play a crucial role in understanding this interplay of human and robotic agents.”

The researchers say the next step will be to study the impact of autonomous vehicles in denser traffic with more freedom granted to the human drivers, such as the ability to change lanes.

The Latest on: Autonomous vehicles to regulate traffic flow

A desk lamp powering devices in the room

Artificial Intelligence Helps in the Discovery of New Materials

Amazing Demo of a Water-Repellent Spray You Can Actually Buy

An improved Malaria vaccine given via microneedle patch

New chemical synthesis approach could reduce the overall materials, energy, cost, and potentially even the toxicity of the process