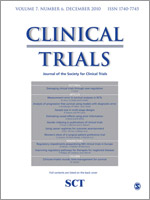 Two clinical trials led by Johns Hopkins Kimmel Cancer Center researchers in collaboration with other medical centers, testing experimental drugs aimed at restoring the immune system’s ability to spot and attack cancer, have shown promising early results in patients with advanced non-small cell lung cancer, melanoma, and kidney cancer. More than 500 patients were treated in the studies of two drugs that target the same immune-suppressive pathway, and the investigators say there is enough evidence to support wider testing in larger groups of patients

Results of the Phase I clinical trials will be published online June 2 in the New England Journal of Medicine and presented at the 2012 Annual Meeting of the American Society of Clinical Oncology (Abstracts #2509 and #2510).

“Based on the positive response rates to these drugs and longevity of many of these responses, we believe that new clinical trials should move forward,” says Suzanne Topalian, M.D., professor of surgery and oncology at Johns Hopkins. Preliminary analysis shows that, among responding patients who were followed for more than one year, responses were maintained for more than one year in two-thirds of those treated on one trial and in half of those in the other trial.

The immune-based therapies tested in the two clinical trials, both made by Bristol-Myers Squibb, aim not to kill cancer cells directly, but to block a pathway that shields tumor cells from immune system components able and poised to fight cancer.