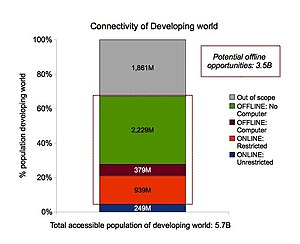 The Oscars of social impact at MIT

The world may be complicated and full of problems — but the 37 teams of students in this year’s MIT IDEAS Global Challenge each envisioned a way to make it better.

Now in its 11th year, the IDEAS Global Challenge recognized 13 of those teams at its annual awards celebration — “the Oscars of social impact at MIT,” in the words of Alison Hynd, one of the award presenters — on Thursday evening in the Stata Center. Teams were awarded a total of $72,500 in juried awards, with individual awards ranging from $5,000 to $10,000.

Three other teams whose projects won the most online votes — Samanvai Green Products, Smart COOPS and IndianRaga — received Community Choice Awards of $1,500. Upon receiving awards, team members stepped to the podium to give brief overviews of their projects.

MIT junior Srikanth Bolla won funding for Samanvai Green Products, a company that would employ some of the 50 million people in India with multiple disabilities. Born visually challenged, Bolla knows firsthand how hard it is to overcome the stigmas and lack of training resources for disabled people. “I was one of the victims, but I could break all the barriers and reach MIT,” he said. “There are millions of people who lack this opportunity.”

Smart COOPS and IndianRaga each won Community Choice Awards for their plans to connect people with resources they need. Smart COOPS aims to link farmers with banks using a mobile app, hoping that if both sides have more information, banks can help farmers succeed by offering them lower interest rates. IndianRaga seeks to fill the role that royal patronage once played for Indian musicians, using technology to connect young musicians with potential new audiences.

Medical care for the developing world

As advancing technology in the developed world opens more and more possibilities for medical care, many people elsewhere remain unable to access and afford the devices and treatments that have emerged. Three of the IDEAS Global Challenge winners developed low-cost technologies for use in the developing world.

For the 30 million people in the developing world who lack one or more limbs, the BETH Project designed an adjustable prosthetic socket to replace current prosthetics that must be custom-fitted to each user, a process that is often prohibitively expensive.

A team called Otto Clave came up with and distributed a sensor- and monitor-equipped autoclave for rural health practitioners. The team hopes to develop and deploy a text-messaging system to track the usage of their product and catch any problems that users have.

Two teams received funding through this year’s Muhammad Yunus Innovation Challenge to Alleviate Poverty, the theme of which was “Waste: Put it to Use.”

“Urban waste is a huge problem because there are very few ways to handle it effectively,” said biological engineering graduate student Kevin Kung, one of the members of Takachar, a team that plans to produce charcoal from household organic waste. “Our innovation is to make carbonization possible for urban waste.”

Bookmark this page for “IDEAS Global Challenge” and check back regularly as these articles update on a very frequent basis. The view is set to “news”. Try clicking on “video” and “2” for more articles.

Teaching a microbe to make fuel

When the internet of things misbehaves

The ship that waves won’t rock

Redefining Medicine With Apps and iPads