The Latest
Home Innovation Fired up about future of hay pellets

Fired up about future of hay pellets 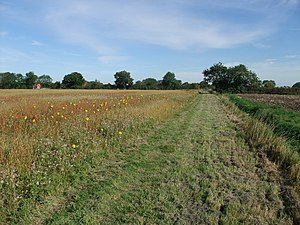 Sometimes a new technology needs another breakthrough technology in order to get on a firm footing.

When all the necessary pieces of the system are in place, however, a cascade of change can begin.

For the fledgling hay-as-fuel industry, the needed foundation of interconnected firms is ready to move to the next phase — and it could have tremendous significance for Nova Scotia’s farmers and rural communities in the years to come.

Barrie Fiolek and Barry MacLean, co-founders and co-owners of Sydney’s BioEnergy Inc., believe their portable pellet-making machinery is one of the key pieces that will help get the industry off the ground in Nova Scotia.

“This is an enabling technology that’s on the tipping point,” Fiolek says.

Their equipment can make biomass fuel pellets from excess sawdust produced by sawmills, as well as from alder and willow branches.

Hay, however, is the pellet-making material that Fiolek sees as potentially a true game-changer.

Much like the small, family-owned sawmills that were common in the area 100 years ago, BioEnergy’s fuel-pellet technology solves a number of problems by bringing the equipment close to the field or forest.

“We’ve developed a mobile system,” Fiolek says, explaining when you cut hay or wood and then haul it to a pelleting plant, it’s not yet dry enough to be turned into fuel pellets.

“You’re basically trucking water to the facility,” he said. “Then you have to reduce the moisture.”

BioEnergy has worked on reducing the size of the machinery to skip the step of hauling hay around. While still huge, the BioEnergy’s pellet-forming equipment can be trucked from place to place.

As Fiolek explains, the potential benefits to Nova Scotia’s homeowners and landowners, and to the local economy overall, are striking.

Two tonnes of hay, costing around $500, can be burned as pellets and produce as much heat as about 990 litres of fuel oil (approximately $1,000 at current rates). In addition to the $500 saved off the top, he adds it is significant that the money spent on the fuel oil would travel mostly out of the province; the $500 spent on hay would be injected directly into the community where the hay was grown and harvested.

BioEnergy, however, is only one part of the puzzle that’s going to allow the hay-fuel industry to make an impact on the way Nova Scotians stay warm.

via The Chronicle Herald – Martha Wilson