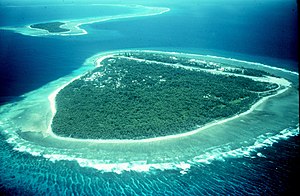 Kim Ritchie fell into coral research as an undergraduate, got a Ph.D. in genetics and was doing post-doctoral research in Panama when she lost her funding. With the ideal training for biotech, however, she slipped right into a startup. But when the company went bankrupt, she jumped back into research.

Today she manages the microbiology program at Mote Marine Laboratory in Sarasota, Fla., a nonprofit research center dedicated to studying marine and estuarine ecosystems. Ritchie is taking a novel approach to reviving stressed coral reefs, looking at the role bacteria can play in coral health. She is tinkering with gene therapy primarily DNA swapping to restore coral reefs by fostering beneficial bacterial growth.

Ritchie earned her doctorate in genetics from University of North Carolina, Chapel Hill, and did post-doctoral research at the Smithsonian Tropical Research Foundation in Panama. Ritchie has two grown daughters Emily and Jillian two cats and two dogs, loves watersports and enjoys cooking Mediterranean food in her spare time.

Why are reefs important?

Many reasons. They are storm breaks, essentially. They’re also habitat to many commercially important species and fisheries. Coral reefs, while they make up a small percentage of the oceans, harbor a diverse assemblage of organisms.

Coral reefs face at least three threats pollution, overfishing and climate change. What has had the most impact?
All three have had an effect but climate change, with its increasing temperatures and changing ocean pH, is the most detrimental because it is most closely linked with coral disease and death worldwide.

There are signs out of Australia that corals are tougher than expected. How do we know coral reefs won’t just adapt?
Its not surprising and it is hopeful. There are subpopulations that dont die off. Perhaps they can reseed the coral reefs and everything becomes more resilient.

Australians are also freezing polyps and coral embryos in the hopes of recreating the Great Barrier Reef in some future era.

If the things they are saving aren’t resistant to whatever the change is, that might not be a good solution.

You are investigating the viability of gene therapy re-introducing healthy bacteria to stem coral degradation. How is that research progressing?

Once we learn how about what genes are being exchanged and with whom we can start to think about applying this technology.

Bookmark this page for “saving coral” and check back regularly as these articles update on a very frequent basis. The view is set to “news”. Try clicking on “video” and “2” for more articles.