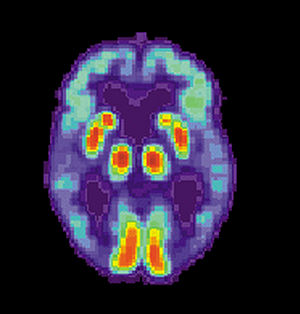 Drug manufacturers should take notice of the huge pent-up demand

The pharmaceutical industry has beat a concerted retreat from developing drugs for diseases that affect the brain, stymied by the lengthy development times for these agents and a string of failures. Despite the evident risks, a new study shows how industry leaders should perhaps be taking the long view.

The report online last week in Science that an already approved cancer drug showed promise in mice in correcting both the molecular pathology and cognitive decline of Alzheimer’s has patients and their families clamoring for the compound.

Those suffering are asking by the hundreds for the drug despite warnings that evidence in mice often does not translate into later success in humans. Gary Landreth of Case Western Reserve University received a flood of requests from desperate families.

Landreth, the lead researcher on the study, did not hype the results. He acknowledged that bexarotene rapidly cleared the toxic amyloid peptides and seemed to improve cognition in mice. But he also emphasized that rodents differ from humans—and that examining whether the drug can eliminate amyloid in a small human trial must be demonstrated now before moving forward to a larger test to ascertain whether cognition improves as well. In our story last Thursday, Landreth cautioned:

“Don’t try this at home because we don’t know what dose to give, we don’t know how frequently to give it, and there are a few nuances to its administration. So one shouldn’t be prescribing it off-label.”

It is also unclear whether a drug like bexarotene, even if it were a success for patients in the early stages of the disease, would work later as the pathology progresses and nerve cells start to perish.

The fallout from this story turned up in our comments section. One reader, identified only as Jeff_Davis, responded to another’s remarks by saying:

“You write: …’I’d be very worried about off-label use…’

“I guarantee you, this is way past ‘worry.’ A tsunami of off-label use is underway even as we speak. Friends, already in the grip of the Alzheimer’s horror — loved ones in their care, mostly — are already in contact with their physician, saying, ‘Will you prescribe this drug, or do I have to find someone who will?’”

Bookmark this page for “Alzheimer’s” and check back regularly as these articles update on a very frequent basis. The view is set to “news”. Try clicking on “video” and “2” for more articles.