The Latest
Home Innovation Can Twitter predict the future? 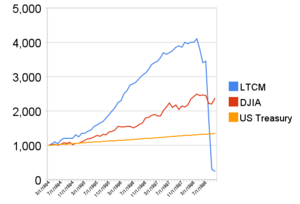 ONE day in 2008 an anonymous Twitter user posted a message: “I am certainly not bored. way busy! feel great!” That is all well and good, one might think, but utterly uninteresting to anyone besides the author and, perhaps, a few friends. Not so, according to Johan Bollen, of Indiana University Bloomington, who collected the tweet, along with plenty of others sent that day. All were rated for emotional content. Many proved similarly chirpy, scoring high on confidence, energy and happiness. Indeed, Dr Bollen reckons, on the day the tweet was posted, America’s collective mood perked up a notch. When he and his team examined all the data for the autumn and winter of 2008, they found that Twitter users’ collective mood swings coincided with national events. Happiness shot up around Thanksgiving, for example.

The idea of tapping web-based data to build a real-time measure of users’ emotions and preferences is not new. Nor is that of using the results to predict their behaviour. Interest in internet forecasting was sparked by a paper published in 2009 by Hal Varian, Google’s chief economist. He found that the peaks and troughs in the volume of Google searches for certain products, such as cars and holidays, preceded fluctuations in sales of those products. Other researchers have shown that searches for job-related terms are a good predictor of unemployment rates and that mentions of political candidates on Twitter correlate with electoral outcomes.

Dr Bollen spotted another curious correlation. When he compared trends in the national mood with movements of the Dow Jones Industrial Average (DJIA) he noticed that changes in one of the mood measure’s seven components, anxiety, predicted swings in the share-price index. Spikes in anxiety levels were followed, around three days later, by dips in the price of shares. Why this happens remains unclear, but one possible explanation is that the falling prices were caused by traders’ tendency to exit risky positions when feeling strung up.

Dr Bollen’s algorithm, which he described in a paper published in February in the Journal of Computational Science, has been licensed to Derwent Capital Markets, a hedge fund based in London. Derwent will use it to help guide the investments made with a £25m ($41m) fund that the firm hopes to launch in the next few months. Other funds are rumoured to be using similar tricks already. WiseWindow, a marketing firm based in Irvine, California, uses social-media activity to forecast demand for products. Its clients include Paramount Pictures and Belkin, a consumer-electronics firm.