The Latest
Home Innovation Where Are the Anti-Radiation Drugs?

Where Are the Anti-Radiation Drugs? 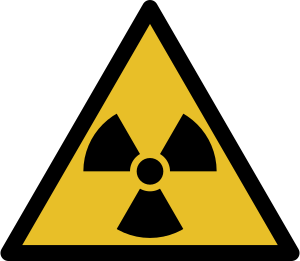 FDA approval for pharmaceuticals being developed and tested that treat–and prevent–radiation sickness is years away.

Despite the wide availability of potassium iodine to mitigate ingestion exposure to radioactive iodine in the air, food or beverages, there is still no magic medicine to give to people who have been—or will be—exposed to high levels of direct radiation.

But years before the disaster at the Fukushima Daiichi nuclear power plant in Japan, the U.S. government had started lobbing millions of dollars at contracts to speed the development of drugs to combat dangerous doses of ionizing radiation.

The military is “very interested in drugs that you can give before radiation or very shortly after,” says Mark Whitnall, program advisor for Radiation Countermeasures at the U.S. Department of Defense’s Armed Forces Radiobiology Research Institute (AFRRI), which has spearheaded recent development efforts.

Aside from radiation sickness caused by nuclear attacks or accidents, anti-radiation drugs could have applications for people receiving radiation therapy for cancer, those with weakened immune systems or even for astronauts undertaking long-distance space travel.

Lethal exposures
Depending on the type of exposure, radiation can pose a wide range of health risks. Acute radiation syndrome—often called radiation sickness—is different from health effects related to contact with airborne or foodborne radioactive isotopes (including iodine 131, strontium 90 or plutonium), which are linked to more long-term issues, such as cancer.

People exposed to intense radiation emitted directly from a source such as a nuclear reactor core or weapon, as has occurred with some workers addressing the crisis at the stricken Fukushima power plant in Japan, can suffer from severe infection and gastrointestinal damage (in addition to skin burns, hair loss and other symptoms), which can lead to death within days or months.

Radiation exposure also damages bone marrow, reducing the body’s supply of white blood cells and platelets. This renders people more prone to infection as well as uncontrolled bleeding. At extreme levels, it can also harm the lining of the stomach and central nervous system.