The Latest
Home Innovation Nanomedicine One Step Closer to Reality

Nanomedicine One Step Closer to Reality 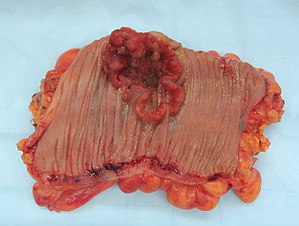 A class of engineered nanoparticles — gold-centered spheres smaller than viruses — has been shown safe when administered by two alternative routes in a mouse study led by investigators at the Stanford University School of Medicine.

This marks the first step up the ladder of toxicology studies that, within a year and a half, could yield to human trials of the tiny agents for detection of colorectal and possibly other cancers.

“These nanoparticles’ lack of toxicity in mice is a good sign that they’ll behave well in humans,” said Sanjiv Sam Gambhir, MD, PhD, professor of radiology and senior author of the study, which will be published April 20 as the featured paper in Science Translational Medicine.

“Early detection of any cancer, including colorectal cancer, markedly improves survival,” said Gambhir. For example, the widespread use of colonoscopy has significantly lowered colon-cancer mortality rates, he said. “But colonoscopy relies on the human eye. So this screening tool, while extremely useful, still misses many cancer lesions such as those that are too tiny, obscure or flat to be noticed.”

A promising way to catch cancer lesions early is to employ molecular reporters that are attracted to cancer-lesion sites. One method in use involves fluorescent dyes coupled with antibodies that recognize and bind to surface features of cancer cells.

But that approach has its drawbacks, said Gambhir, who is the director of the Molecular Imaging Program at Stanford. The body’s own tissues also fluoresce slightly, complicating attempts to pinpoint tumor sites. Plus, the restricted range of colors at which antibody-affixed dyes fluoresce limits the number of different tumor-associated features that can be simultaneously identified. Some versions of this approach have also proved toxic to cells.

The new study is the first-ever successful demonstration of the safety of a new class of agents: tiny gold balls that have been coated with materials designed to be detected with very high sensitivity, then encased in see-through silica shells and bound to polyethylene glycol molecules to make them more biologically friendly. Molecules that home in on cancer cells can be affixed to them. The resulting nanoparticles measure a mere 100 nanometers in diameter.

The materials surrounding the nanoparticles’ gold centers have special, if subtle, optical properties. Typically, light bounces off of a material’s surface at the same wavelength it had when it hit the surface. But in each of the specialized materials, about one ten-millionth of the incoming light bounces back in a pattern of discrete wavelengths characteristic of that material. The underlying gold cores have been roughed up in a manner that greatly amplifies this so-called “Raman effect,” allowing the simultaneous detection of many different imaging materials by a sensitive instrument called a Raman microscope.

A key to mass extinctions could boost food, biofuel production

The Next Secrets Of The Web

Created: A wireless artificial aquatic polyp, which can remove contaminants from water