The Latest
Home Innovation The Reinvention of Silk

The Reinvention of Silk 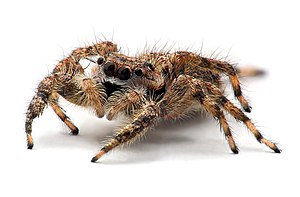 As some silk researchers see it, if spiders were gregarious vegetarians, the world might be a different place.

For spiders are nature’s master silk makers, and over millions of years of evolution have developed silks that could be useful to people — from sticky toothpastelike mush to strong and stretchy draglines.

“There’s not just one kind of material we’re talking about,” said Cheryl Hayashi, who studies the evolutionary genetics of spider silk at the University of California, Riverside. “You can look in nature, and there are a lot of solutions already made. You want a glue? There’s a silk that’s already a glue.”

For years there has been talk of the bright promise of spider silk: that it might one day be used to make cables that are stronger than those of steel, for example, or bulletproof vests that are more effective than those made of Kevlar.

There has been a big fly in the ointment, however: spiders cannot spin enough of the stuff. Although a typical spider can produce five types of silk, it does not make much of any of them. Obtaining commercial quantities is a practical impossibility — spiders are loners and require a diet of live insects; some are cannibals. In other words, spider ranching is out of the question.

Researchers have worked to overcome this fundamental limitation by trying to unlock the secrets of the spider’s silk-making abilities so silk could be made in the laboratory, or by genetically transferring those abilities to other organisms that could produce silk in quantity. But so far the materials produced lack the full strength, elasticity and other qualities of the real thing.

Some scientists are making an end run around the spider problem and working on reinventing the one silk that is plentiful — that of silkworms. They are reconstituting it to make materials that have the potential to go far beyond the dream of bulletproof vests.