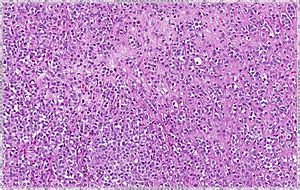 Scientists at Queen’s University Belfast have shown that they can deliver a gene directly into breast cancer cells causing them to self-destruct, using an innovative, miniscule gene transport system, according to research published February 28 in the International Journal of Pharmaceutics.

Using a transport system called a Designer Biomimetic Vector (DBV), Dr Helen McCarthy, from Queen’s School of Pharmacy, funded by Breast Cancer Campaign, packaged a gene into a nanoparticle 400 times smaller than the width of a human hair, allowing it to be delivered straight into breast cancer cells in the laboratory.

The gene called iNOS, is targeted specifically to breast cancer cells using the DBV where it forces the cells to produce poisonous nitric oxide; either killing the cells outright or making them more vulnerable to being destroyed by chemotherapy and radiotherapy. As this approach leaves normal healthy breast cells unaffected, this would overcome many of the toxic side effects of current treatments.