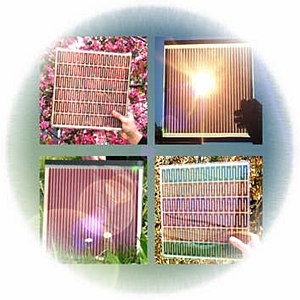 Researchers have made a two-fold breakthrough in advancing renewable energies with the development of a light sensitive dye which transfers electrons more efficiently than conventional technologies.

The new dyes stand to be used in solar electricity generation and in creating hydrogen fuel, which in the past has proven expensive and energy hungry.

The chalcogenorhodamine dyes have been pioneered by chemists at theUniversity of Buffalo (UB) along with their partners at the University of Rochester(UR). As sunlight strikes the dyes electrons are released allowing these available electrons to be used in one of two ways. In the solar cell application, where the dye can be used as part of a conventional dye-sensitive solar cells (DSSC), the newly freed electrons are able to travel through the solar cell, forming an electrical current. This is much like existing technology but offers greater efficiency.

How the common ‘cat parasite’ gets into the brain

Plankton: The Most Sustainable Seafood