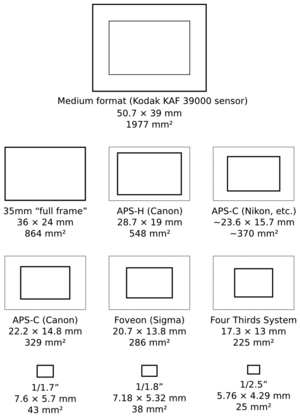 For years now, the world’s camera companies have been taking the public for a ride. They’ve taught us to believe that what makes one camera better than another is the number of megapixels it has — when, in fact, the number of tiny colored dots making up a photo has very little to do with its color, clarity or even detail.

Slowly, though, the truth is getting out. Recently (at long last), camera companies have begun diverting their research efforts from “how to get more megapixels” to “how to get better photos.” They’re working on things that really do matter in a consumer camera, like sensor size, stabilization — and fixing low-light photography.

In that last category, please welcome the Fujifilm FinePix F200EXR and the Sony DSC-WX1 ($320 and $350, respectively, before discounting). Each comes accompanied by breathless marketing hype (“a breakthrough in low-light photography: stunning detail and low noise in scenes with no more than candlelight” says Sony) — but each, in its way, truly is an important step forward.

That’s because, in the world of pocket cameras like these, “low light” basically means “nightmare.” Once the sun goes down, the compromises begin.

You can put the camera on a tripod. That way, even though the shutter stays open a long time (to soak up more light), the camera doesn’t move, so blur isn’t a problem.

O.K., so you’re now supposed to lug around a tripod to go with your microscopic camera? Surrrrre you are.

Alternatively, on most cameras, you can crank up the ISO (light-sensitivity) setting. Now the camera soaks in more light, but at a terrible price: the teeming multicolored random grainy speckles known as “noise.” Or, worse, hopelessly “soft” smeared images that result from a camera’s overzealous antinoise circuitry.

Of course, you can always use the flash. Unfortunately, a flash photo isn’t what you saw with your own eyes. It’s something else, an image that usually features nuclear-bleached faces and cave-black backgrounds. And it doesn’t work farther than about 10 feet away.

(Those big heavy black S.L.R. cameras do much better in low light without the flash, simply because they contain gigantic sensors.)

Fujifilm and Sony have each tackled this problem exactly the right way, the hard way: by redesigning the sensor itself, the tiny rectangular chip at the heart of every digital camera.

For years, Fuji has been bragging about the unconventional layout of its sensors. On this chip, the tiny individual pixel sensors (called photosites) aren’t square; they’re hexagonal, arrayed in a honeycomb. That’s supposed to expose more sensor surface to the incoming light.

The new sensor in the F200EXR, though, goes a step further. In what’s called EXR mode, it can merge two adjacent photosites, in effect doubling the light collected at that spot on the sensor. Of course, this trick also halves the megapixels — you get 6-megapixel shots instead of 12. But amazingly enough, in low light, those 6-megapixel shots are actually sharper and more detailed than the 12-megapixel shots from the same camera.

Sony gave the sensor a makeover, too. According to Sony, a sensor is actually a sandwich of layers: tiny lenses on top, then color filters, then some wiring, then the actual light detectors on the bottom. Sony says that in its new Exmor R sensor, the circuitry layer has been moved to the bottom, so that less light is lost en route through the stack.

Does any of this make any difference?