What Cleantech Should Learn from Nanotech (Before It’s too Late) 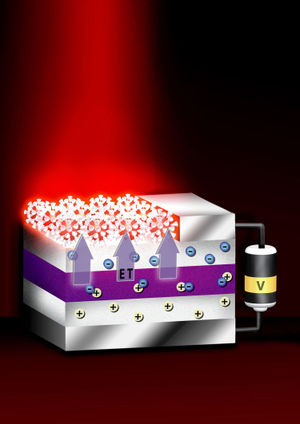 Back before we had Web 2.0 and cleantech to obsess about the Valley was abuzz about nanotech—the idea that sub-atomic particles would suddenly be the building blocks of, well, everything. It would make the paint on our houses last longer, the non-stick on our pans stick less, and our pants impervious to wrinkles. Somewhere, someone was probably promising their board they could use nanotechnology to make Harry Potter’s invisibility cloak a reality.

It seemed like a great investment thesis for a few reasons: There was actually real patentable science there and because the possibilities seemed so limitless, it was a huge market. A February 2005 BusinessWeek cover pegged it at nearly $300 billion by the end of the decade. (You know, now.)

There were some VCs who shied away, some—like Steve Jurvetson—who went whole hog, but most were somewhere in the middle. In other words, they didn’t really know if this tiny thing could be huge, but wanted some horses in the race just in case. In all more than $1 billion was invested in the space, according to that same BusinessWeek cover, and some 1,200 startups created. (The typical venture research firms don’t break out nanotech investments so better numbers are hard to find. I think BusinessWeek’s figures are actually pretty conservative considering fundings of $20 million-$40 million a pop weren’t unheard of.)

By some measures, the movement succeeded. According to a new report from the Pew Charitable Trusts’ Project on Emerging Technologies more than 1,000 nanotech products are available to consumers now, up from only 212 products in 2006. The director of the study David Rejeski told PEHub he expects the number of products to reach 1,600 within the next two years.

Awesome. Oh, wait. Not awesome—What about the exits? Where’s all that nano-cash the Valley was supposed to be awash in by now? Pending IPOs of companies like Nanosys, Nanofilm and Konarka never happened. (All three companies are still in business and have raised hundreds of millions in venture capital and private equity between them.) What exits nanotech had were, well, tiny. There was never a huge, iconic nanotech IPO to justify all that hope and keep the believers believing and investing.

Looking at the Pew study, the product potential was clearly there. So what happened? One of three things: The markets for those products were too small and the companies couldn’t scale as hoped, the products and science was just too incremental to turn into a big hit, or some huge IPOs are still around the corner.

In some ways, that’s not too different than complaints lodged at the Web 2.0 generation. Skeptics say that most of the startups are less companies and merely Y Combinator-style features and apps that at best will get acquired for $20 million or so.

The difference with Web 2.0 is these sites and apps are incredibly cheap and quick to build and host. Designing sub-atomic particles that will be manufactured into pants are not. You know what else isn’t? Most of the big opportunities in cleantech.

Cleantech investments are down 30% this year in terms of deals and 60% in terms of dollars—with a big shift going away from energy generation towards energy savings. It’s in danger of looking a lot like nanotech several years from now. For the billions that have poured into cleantech—what do we have so far? There’ve been a few public exits. We’ve had a smaller number of jaw-droppingly killer products, mostly in the car space with companies like Tesla, Fisker and Better Place. And….what else exactly?