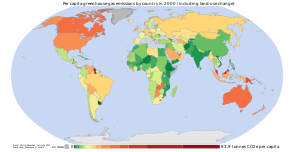 Scientists have identified a way that the United States could immediately save the energy equivalent of about 350 million barrels of oil a year — without spending a penny or putting a ding in the quality of life: Just stop wasting food.

Their study, reported in ACS’ semi-monthly journal Environmental Science & Technology, found that it takes the equivalent of about 1.4 billion barrels of oil to produce, package, prepare, preserve and distribute a year’s worth of food in the United States.

Michael Webber and Amanda Cuéllar note that food contains energy and requires energy to produce, process, and transport. Estimates indicate that between 8 and 16 percent of energy consumption in the United States went toward food production in 2007. Despite this large energy investment, the U.S. Department of Agriculture estimates that people in the U.S. waste about 27 percent of their food. The scientists realized that the waste might represent a largely unrecognized opportunity to conserve energy and help control global warming.