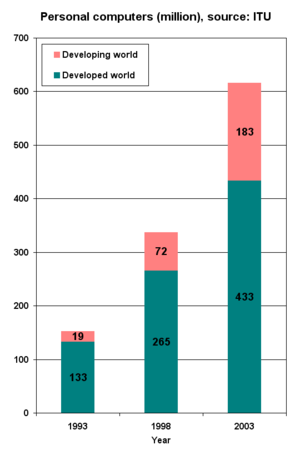 Hi-tech criminals are racking up more than 100 attacks a second on the world’s computers, a survey suggests.

While most of these attacks cause no trouble, the Symantec report suggests that one attack every 4.5 seconds does affect a PC.

The wave of attacks was driven by a steep rise in malicious software in circulation, said the annual report.

The number of malware (malicious software) samples that Symantec saw in 2009 was 71% higher than in 2008.

This meant, said Symantec, that 51% of all the viruses, trojans and other malicious programs it has ever seen were logged during 2009. In total, Symantec identified almost 2.9 million items of malicious code during that 12 month period.

The steep rise in malware was driven largely by the growing popularity of easy to use toolkits that novice cyber criminals are using to turn out their own malware, said Tony Osborn, a technology manager for the public sector at Symantec.

Some of the kits were available for free, said Mr Osborn but others cost a lot of money. One, called Zeus, was available for around $700 (£458) and many had become so successful that their creators now offer telephone support for those who cannot get them to work.