The Dozens of Computers That Make Modern Cars Go (and Stop) 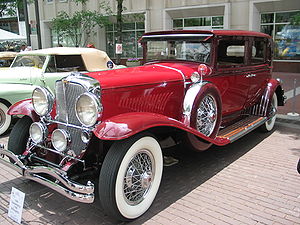 The electronic systems in modern cars and trucks — under new scrutiny as regulators continue to raise concerns about Toyota vehicles — are packed with up to 100 million lines of computer code, more than in some jet fighters.

“It would be easy to say the modern car is a computer on wheels, but it’s more like 30 or more computers on wheels,” said Bruce Emaus, the chairman of SAE International’s embedded software standards committee.

Even basic vehicles have at least 30 of these microprocessor-controlled devices, known as electronic control units, and some luxury cars have as many as 100.

These electronic brains control dozens of functions, including brake and cruise control and entertainment systems. Software in each unit is also made to work with others. So, for example, when a driver pushes a button on a key fob to unlock the doors, a module in the trunk might rouse separate computers to unlock all four doors.

The evolution of automotive control electronics has been rapid. IEEE Spectrum, an American technical publication, reported that electronics, as a percentage of vehicle costs, climbed to 15 percent in 2005 from 5 percent in the late 1970s — and would be higher today.

The 1977 Oldsmobile Toronado had a very simple computer unit that was used for spark-plug timing, and the next year the Cadillac Seville offered an optional trip computer that used a Motorola chip.